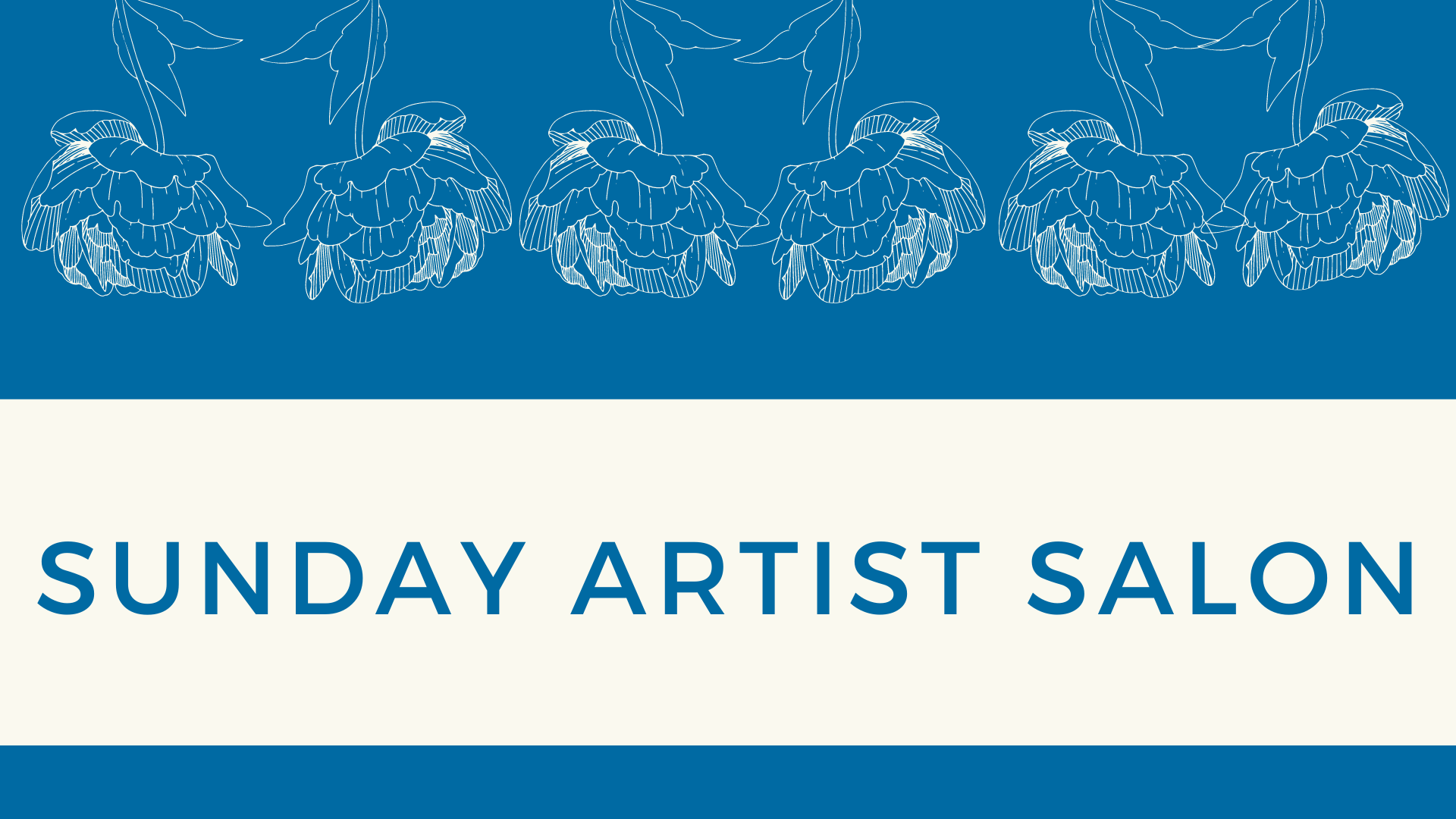 Every Second Sunday of the Month

Since the beginning of the year the Center has been hosting the Virtual Artist Salon.

The intention is to provide a way for creative neighbors to connect or re-connect and have a chance to talk about their work and share with others.  The format ranges from formal presentations to studio tours, slideshows and casual chats—essentially a ‘show and tell’—for fellow artists and the general interested community.

We also record each session and make them available on our new Virtual Events Video Library on the SGVCC website.

Look for updates on future sessions. If you are a Valley artist interested in presenting in a Salon please contact Larry Rippee: lrippee@sgvcc.org

Anne grew up in the San Geronimo Valley. She is a designer, photographer, graphic artist, painter and the Founder and Sole Proprietor of Anne Pennypacker’s RYPE Ideas.   She received her BA in Art History at UCLA with additional art classes at the California College of the Arts, College of Marin and a certificate Graphic Design program Santa Rosa Junior College.  Aside from numerous shows at the Community Center, Anne has exhibited at the Sebastopol Art Center, Marin MOCA, the Falkirk Fall Juried exhibit, O’Hanlon Art Center, Artworks Downtown and other venues.  Annewill present her work in photography, oils, acrylics, watercolors and touch upon the topic of self-publishing with a preview of her book in progress.

“The river is within us, the sea is all about us…” says T.S. Eliot in the Four Quartets. The inner waters of our souls are as vital as the water of the planet. By allowing the creative flow-paying attention to the “small voices” artists nourish and replenish the inner waters. If we’re lucky, the work we do goes deep enough to touch the common aquifer and add to the spring.

When we gazed upon those first photographs of earth transmitted back from space, we wondered why the planet was ever named EARTH. Given the land-to-ocean ratio we thought it far better to call the place SEA.

Seventy percent of our planet’s surface is covered with ocean with depths that scale far deeper than the height of Mt Everest. It is a vast frontier. Ocean currents are the pulse blood driving the winds and the weather. Nutrient rich upwellings and estuaries produce equivalents to agricultural zones. Yet, sadly, each year, three times as much trash ends up in the world’s oceans as the weight of fish caught. In the United States, an estimated 29 million tons of plastic is thrown away annually and since only a small percentage is recycled, much goes to the landfill and much goes to the oceans.

Since 1999 Richard Lang and Judith Lang, as a collaborative team, have been visiting Kehoe Beach, Point Reyes National Seashore in Northern California. They have rambled 1000 meters of tideline of this one beach hundreds of times to gather plastic debris washing out of the Pacific Ocean and from this one beach have collected over two tons of material. By carefully collecting and “curating” the bits of plastic, they fashion it into works of art that matter-of-factly show, with minimal artifice, the material as it is.

Please join us for this special presentation with artists Richard and Judith Lang.

The San Geronimo Valley Community Center’s 3rd Virtual Sunday Artist Salon is very pleased to present The Tree of Life: Contemporary Majolica Ceramic Artwork by Liz Lauter. Join Liz for a live studio visit at her ceramics studio in Forest Knolls. You’ll see her gallery of colorful hand painted majolica tree of life candelabras, menorahs, sculptures and wares, all meticulously hand painted and hand built. She’ll share what inspires and influences her work and she’ll share her unique processes for building her pieces and decorating them. Time included for questions! Zoom will be sent out and available on this page next week. Come spend an hour with Liz in her studio. Join us on Zoom, March 14, 4-5:30 pm — a great way to spend a Sunday afternoon.

The San Geronimo Valley Community Center’s 2nd Virtual Sunday Artist Salon is very pleased to host a presentation and discussion of the photographic work of Harlan Floyd. Harlan Kaye Floyd, Sr. (1928 – 1991) was a prolific photographer and home builder, based in San Geronimo Valley.  He produced iconic photographs of life in the Valley in the 1960’s and 1970’s.  As co-founder of Zinc & LaRue Traveling Photographers, his work was lauded as an accurate and beautifully crafted documentation of the cultural Zeitgeist of the time.  He was loved by all, and his love for the Valley and its residents, as well as its rich heritage, is evident in his work. The works by Harlan Floyd Sr. are being presented courtesy of Hank Floyd. Join us on Zoom, Sunday, February 14, 4-5:30 pm — a great way to spend Valentine’s Day afternoon with your valentine(s). We will send the ZOOM link out next week. 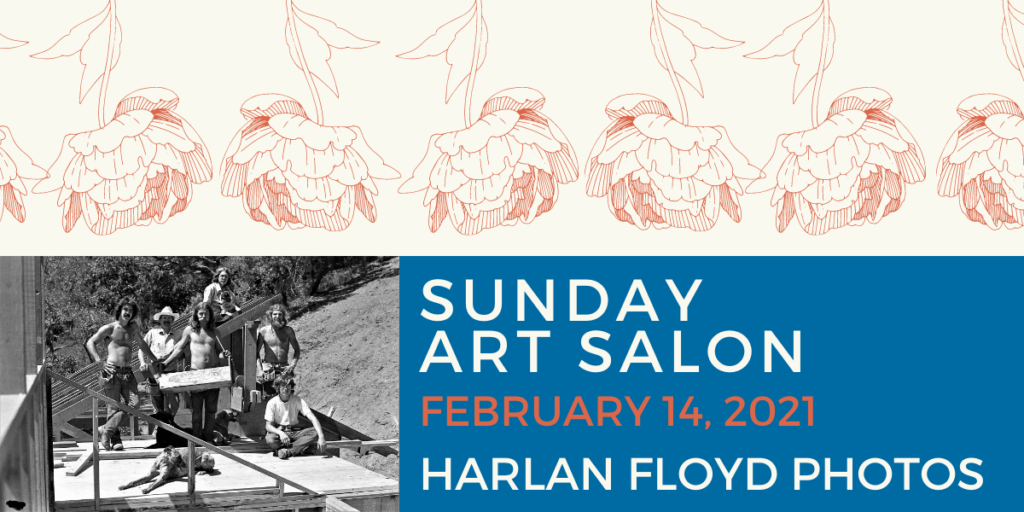