TICKETS AVAILABLE AT THE DOOR. Come and join us for the Summer Music Series on Sunday, July 24th from 5 – 8:00 p.m. with the Barry “The Fish” Melton Band featuring Barry “The Fish” Melton (Country Joe & The Fish), Peter Albin (Big Brother & The Holding Company), David Aguilar (Norton Buffalo), Roy Blumenfeld (The Blues Project) and Banana (The Youngbloods). The concert will be held at Giaco’s Valley Roadhouse located at 625 San Geronimo Valley Drive in San Geronimo. Tickets are $25 and include entry and a drink ticket! A portion of the proceeds benefit the arts & events programs of the San Geronimo Valley Community Center. Delicious food will be available for purchase.

Having played together since the early 1980s, The Barry “The Fish” Melton Band continues to uphold the tradition of San Francisco Rock & Roll that put the Bay Area on the musical map in the mid-1960s. Their music is best summed up by a line from one of their songs – “When the band starts playing, I don’t want to stop!!” 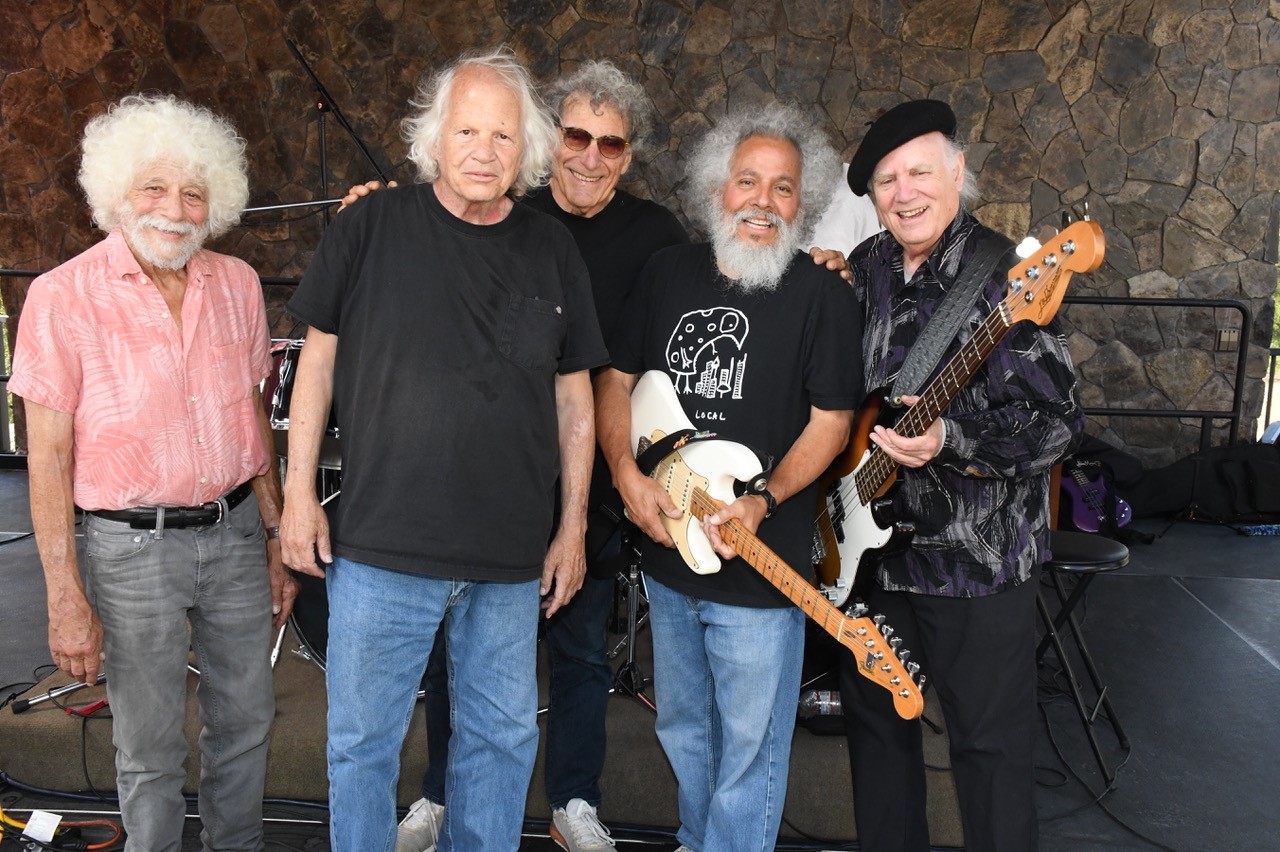