Tim Cain – July Artist in the Maurice Del Due Galleries

The Community Center is proud to present the work of Tim Cain in the Valley Room of the Maurice Del Mue Galleries from July 6 – 29, 2022.

There will be a reception for the artist on July 10th from 4-7 p.m.

Tim Cain, Woodacre resident who grew up in San Anselmo, will be presenting a show of his oil and acrylic landscape paintings at the San Geronimo Valley Community Center in July, starting with a reception on Sunday, July 10th at 4-7pm.
At age 75, Tim has decided to say goodby to the little ones he has served for 30 years and retire to his home studio, where he now creates landscape paintings in oil and acrylic.  He has had several ‘single artist’ shows and has sold quite a few paintings into private collections and to the general public.  In July he is pleased to offer his artwork to close friends and neighbors in West Marin.  Don’t know Tim Cain?  Then read on.
For decades, listeners have been impressed by Tim Cain’s prodigious musical abilities. As a sax player, he co-founded the popular San Francisco rock group Sons of Champlin in 1965.  The band appeared regularly at the Fillmore Auditorium, Avalon Ballroom and Winterland when they were not on the road touring nationwide throughout the late 60’s. They released 6 albums for major labels and shared the stage with groups such as Jefferson Airplane, Grateful Dead, Big Brother and the Holding Company, Taj Mahal, Van Morrison, Moby Grape, Joe Cocker, Steve Miller, Santana, The Byrds, Chuck Berry, Jan and Dean, The Righteous Brothers, Dick and Dee Dee, The Ventures, Band from Big Pink and many others.

After he parted ways with the Sons in 1970 he joined a communal farm in the Six Rivers National Forest, near Willow Creek California, wanting to raise his young family in the deep woods. After 14 years they left that farm and headed back home towards Marin, first spending a year on the island of Kauai before returning to Tim’s beloved West Marin in 1985.

When back in Marin, Tim began to perform for kids.  This fun pastime blossomed into a joyful 30 year career of sing-and-dance-along performances and recordings for children.  Tim’s concerts provided an opportunity for children, as well as parents, to participate in a positive group experience with singing and movement. His warmth, good humor, and spontaneity made his shows engaging and accessible to all. Lots of laughter accompanied a rollicking good time!  He knew that happy childhoods last a lifetime, and his efforts contributed to that goal by giving young audiences a dose of joy they would cherish and remember.  In his work, he not only imparted his love of music, but offered himself as an example for the kids; at age seven Tim contracted Polio and was paralyzed from the waist down, needing crutches for walking for the rest of his life. Nonetheless, he believed children benefited from seeing him, with his handicap, as “just a regular person whose legs don’t work”.  He charmed his young audiences with the same indomitable spirit that helped him overcome adversity, and his happy-to-be-alive attitude is infectious and inspiring.

Join us for the art reception at SGVCC on Sunday, July 10th at 4-7pm to meet Tim and have a look at his paintings, or drop in at the gallery most afternoons during July.

“I’ve always loved painting, but until the pandemic arrived I was too busy with my music to devote as much time to it as I would have liked.  Covid 19’s “introvert’s paradise’ allowed me to spend much more time at the easel, and I am proud to present to you my work from the last 2 years.”

More information about Tim Cain can be found at timcain.com.

*The Maurice Del Mue Galleries are open Monday-Friday from 9 a.m. – 5 p.m. or by appointment.

*Please note that viewing access may be limited due to scheduled events. Call 415-488-8888 for up-to-date viewing information. 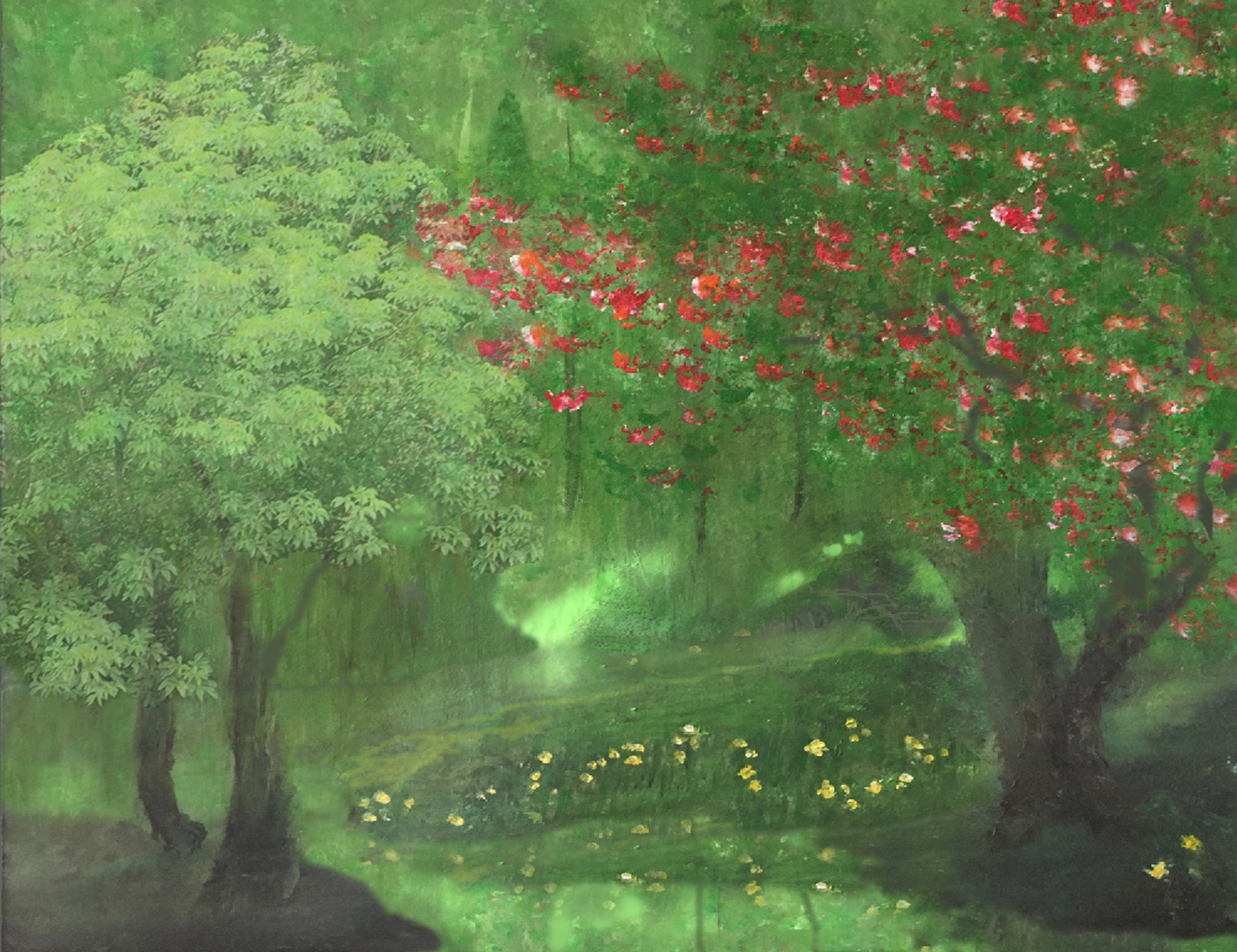 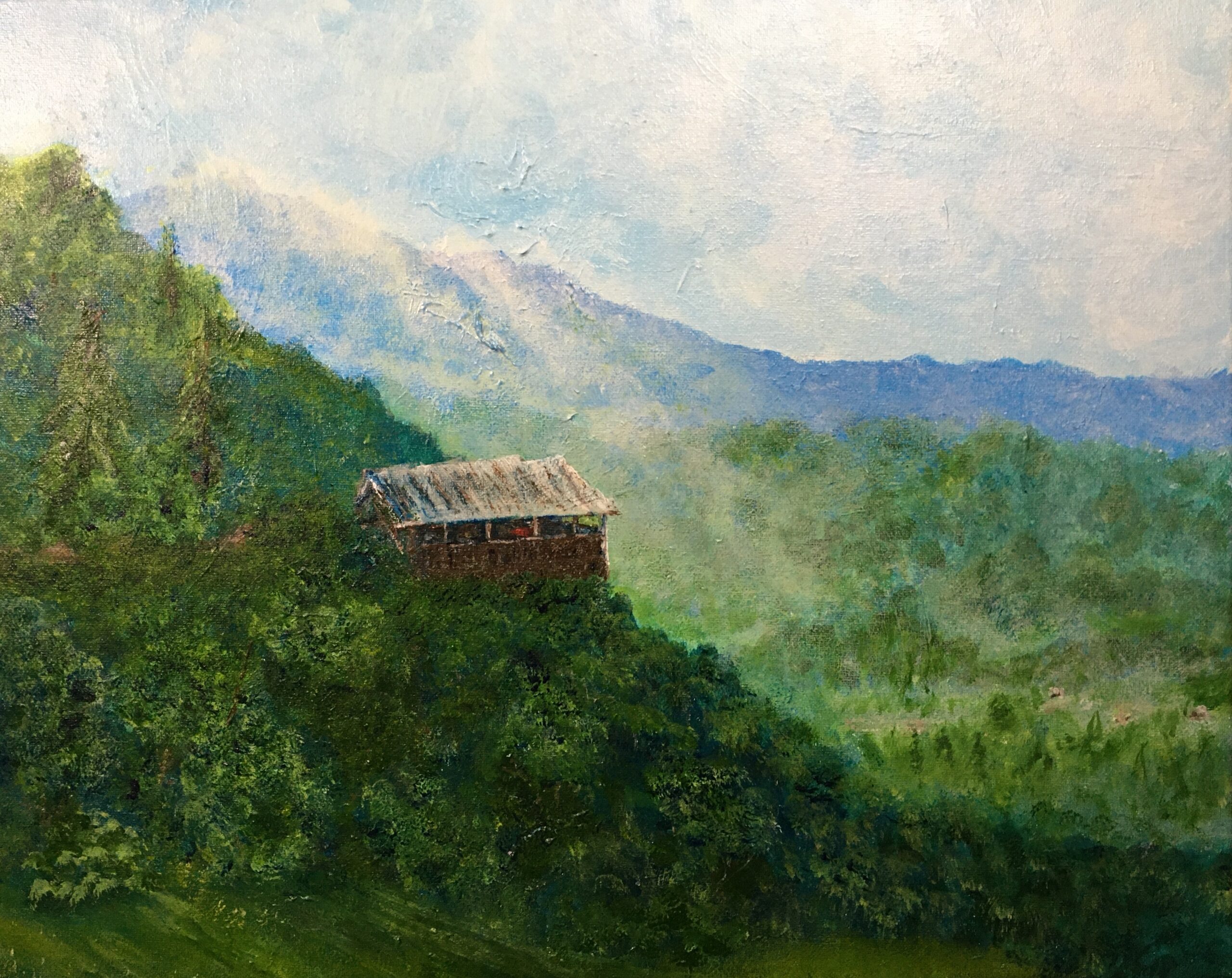