Art work and books by Connie Smith Siegel will be available for viewing and purchase as part of the 2022 Marin Open Studios. Her work will be shown in the Living Room of the Community Center on consecutive weekends of April 30-May 1st and May 7-8th. More information about Connie Smith Siegel can be found at conniesmithsiegel.com.

Connie Smith Siegel was a prominent landscape painter, educator and peace activist.
Born in Colorado in 1937, she received her MFA from University of Colorado, Boulder,
in 1962. Connie taught at Amarillo College, TX, and at the University of Colorado,
Denver, where she became the first woman Chair of the Art Department. She moved to
California in 1975 and was a resident of Woodacre for over 40 years. She taught at CIIS
and JFK University, and was a visiting teacher at several schools. Connie led workshops
and classes at her home and other venues for many years.

Discovering the practice of Sensory Awareness, as developed by Charlotte Selver, Connie
participated, trained and became a leader. She incorporated Sensory Awareness into her
teaching methodology. Connie created an expressive arts process, combining drawing,
color and sensing to explore feelings, decisions and life issues. Connie believed deeply
in the healing nature of art and that art making belongs to everyone. She wrote 3 books:
Spirit of Drawing (2007), Spirit of Color (2008), and Creating Peace: The Healing Spirit of
Drawing and Color (to be published soon).

Connie was a prolific and dedicated artist, a painter of landscapes, recognized for capturing
“spirit of place.” She painted outdoors across Marin, Sonoma, the Sierras and the South-
west, finding scenes to transform into lively plein air paintings in pastel, oil or acrylic.

Connie celebrated community and championed the creative work of others, be it art,
dance, music or poetry. She died August 4, 2020. The San Geronimo Community Center
will receive a legacy bequest to be used to promote and support the arts, and art as healing. 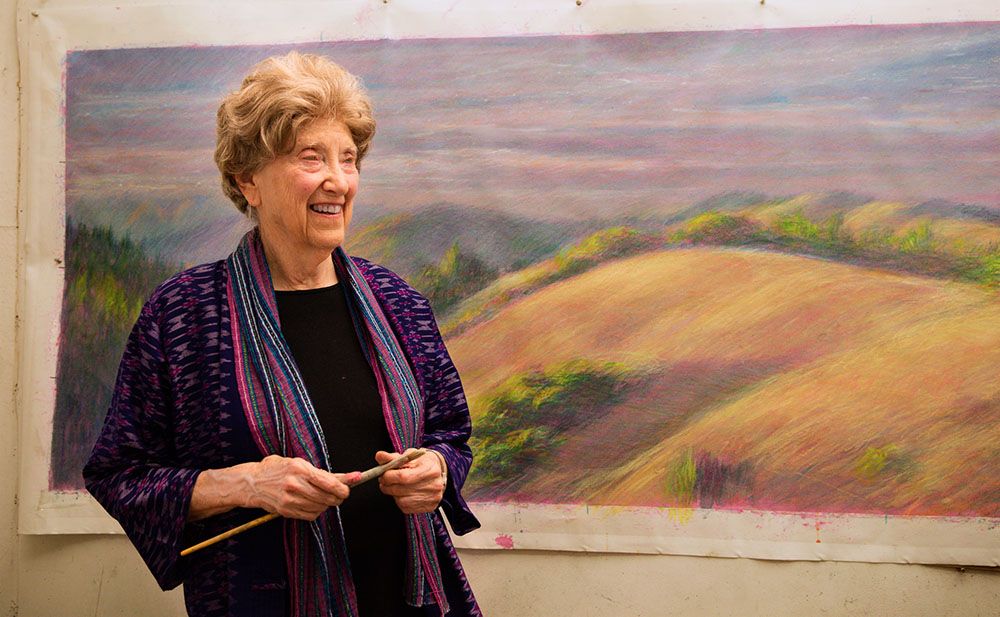