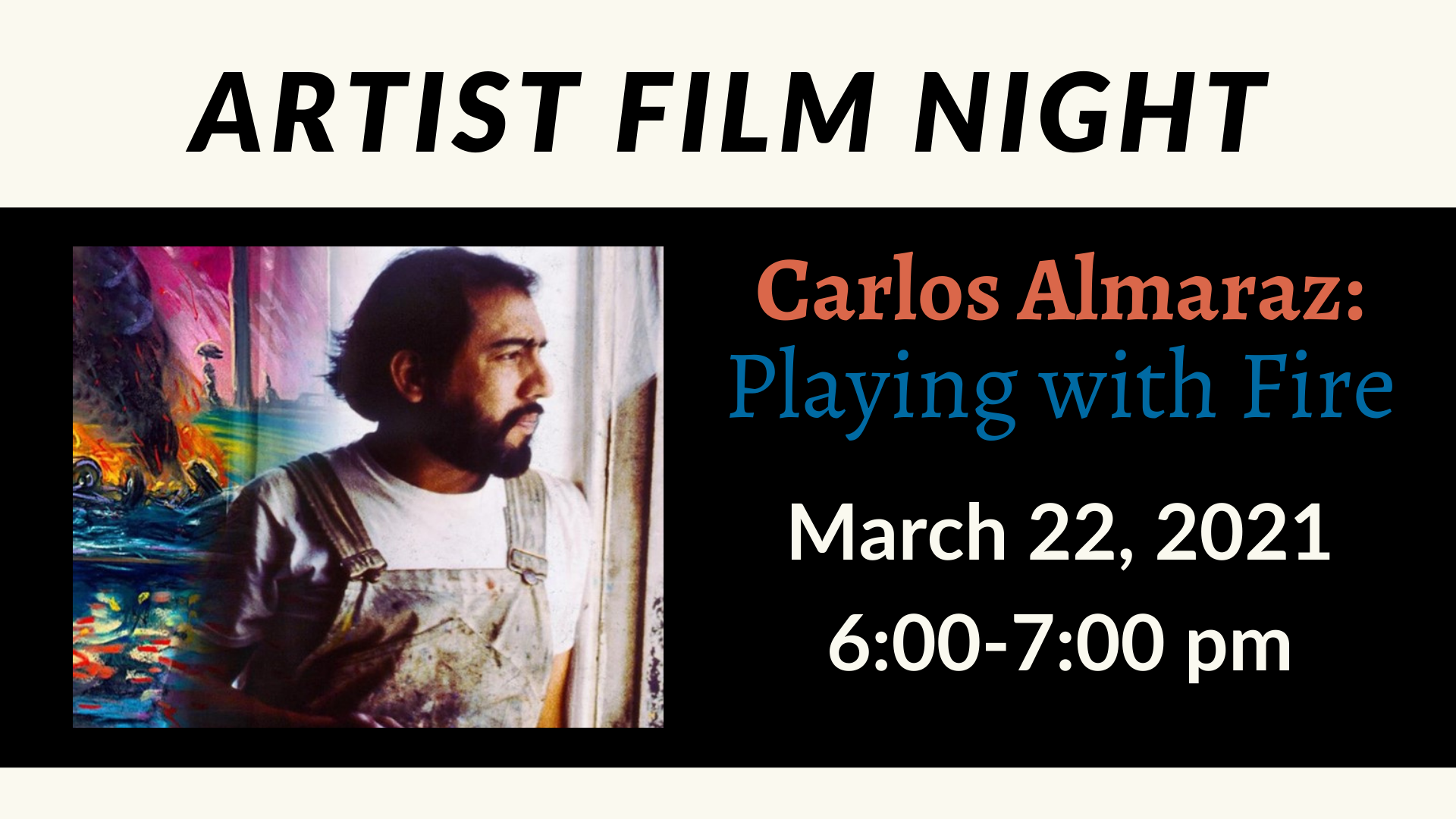 Please join us on March 22, 2021, at 6 pm for Artist Film Night! Debra Amerson and Larry Rippee co-host this once-a-month, fun event reimagined for our current zoom times. This month our discussion will be focused on the excellent film Carlos Almaraz: Playing with Fire, a documentary film that explores the brief, inspirational and tumultuous life of painter Carlos Almaraz.

Almaraz was a visionary painter, a major figure in the Chicano Art Movement, founder of Los Four (the muralist collective whose members became the first Chicano artists to show at a major institution) regarded as one of the most influential Los Angeles artists of the 1970s and 1980s. He was also an activist artist who worked with César Chávez’s Farmworkers’ movement and Luis Valdez’s Teatro Campesino. The film deals with his journey both as an artist and his personal struggles as a Mexican-born, bisexual, Chicano activist. Featuring Cheech Marin, Dolores Huerta, Shepard Fairey, and Edward James Olmos. Directed by Almaraz’s widow, artist Elsa Flores Almaraz, and actor Richard J. Montoya.

Please watch the film this weekend, and then join us on Monday evening, March 22, 2021, at 6 pm on ZOOM to enjoy rich film conversation. This film is available on Netflix and iTunes! This will be fun—join us!